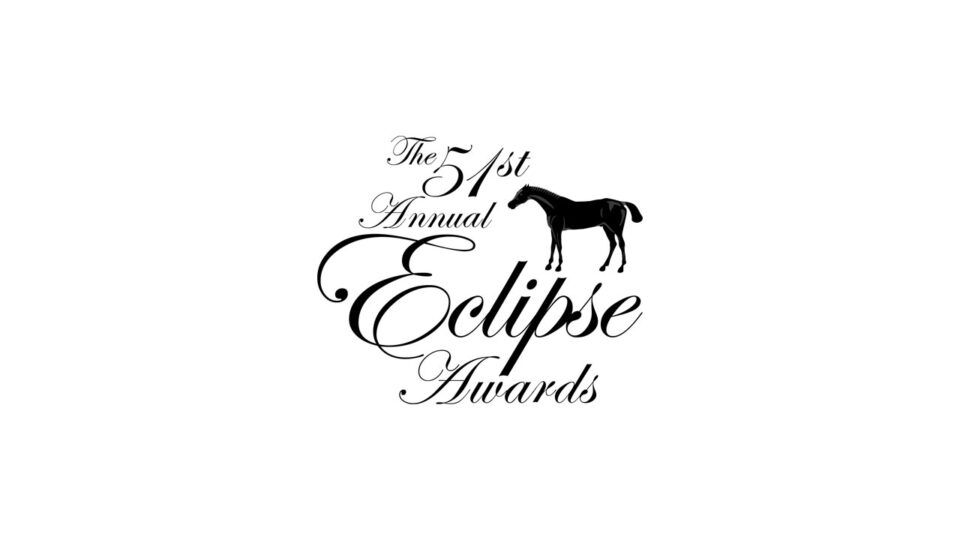 It’s that time of year again—Eclipse Awards voting. As a member of the National Turf Writers and Broadcasters (NTWAB) I have the privilege and the honor of having a vote in the Annual Eclipse Awards but, as I’ve said in prior years, I believe that vote comes with some responsibility. For me that means a few things. One, abstaining in any categories where I either lack expertise or feel biased. Two, watching the races all year and then examining those races again through past performances because, while a Grade 1 will always be impressive, let’s face it—some Grade 1 wins are simply more impressive than others. And, finally, I believe I owe it to the owners, breeders, trainers, jockeys and horses to explain why I voted the way I did.

Here’s a look at my 2021 votes and the logic behind them. Feel free to message me on Twitter (@donnabbrothers) or leave a comment here to discuss. It’s too late to change my votes but I’m always happy to talk horse racing!

Corniche is an easy choice for the top spot but the next two positions were tough. It really could’ve gone either way and I suppose it comes down to my own bias toward dirt. Also, I think Jack Christopher was unlucky to suffer a minor injury just before Breeders’ Cup. I’m not sure he would’ve beaten Corniche but he was seen by most everyone as a formidable opponent.

It seems like anytime you say anything good about a Baffert horse these days you come under fire and that’s fine, shoot me. I will not discredit a horse for a trainer or his staff making some enigmatic mistakes and/or experiencing a rash of bad luck. Does he need to tighten his ship? For sure. Will I punish his horses for it? No. Especially in the case with a warrior like Medina Spirit who simply refused to let a horse pass him. A topical ointment can’t give a horse a bigger heart and this horse had a heart that’s bigger than his average-sized body suggested he could contain. Perhaps that’s how we lost him—just too big of a heart for his body. In any case, he won the races that mattered the most and when it came to the Breeders’ Cup, he beat every other 3 year old he faced.

All of that said, Essential Quality made me love him. Like Medina Spirit, Essential Quality is another horse who just brings it every time. I love his ability to nap in the midst of a bustling barn, and then there was his tenacity…at every point, in every race he ever ran in. And while Hot Rod Charlie ran like a drunken sailor at times this year, he too showed up every single time. This has been a fun group of 3 year olds and I’ll miss them.

Malathaat was a pretty easy choice, and while she did get beat in the G1 Breeders’ Cup Distaff, she won three G1’s in 2021 and that’s not easy to do. Santa Barbara (Ire) managed two G1 wins and came away two for two on U.S. soil. Search Results started the year precociously with a G3 win in the Gazelle and then the G1 Acorn victory.

Easy choice: Knicks Go. He started the year in January with a romp in the G1 Pegasus World Cup and wrapped up the year with another easy win in the G1 Breeders’ Cup Classic. In between those two races, he won three other graded stakes races leaving really good horses in his wake each time. Maxfield was well managed by trainer Brendan Walsh, skipping the BC Classic and instead pulling out a G1 win in the Clark Handicap. Silver State had a great year—right up until the time it really counted in the Breeders’ Cup Dirt Mile.

Another category where there should be no debate for the top spot although, as we see every year, one or more of the voters will likely not put Letruska on top. If that’s you, please explain this to me—and to everyone else. Trainer Fausto Gutierrez orchestrated a masterful campaign for Letruska, never dodging anyone and always being willing to travel. What a tough mare. Eight starts in 2021 with six wins, including four G1 wins. I’m not going to fault her for getting beat as part of the suicidal pace in the Breeders’ Cup Distaff, but I’ll still give Marche Lorraine a lot of credit for coming away with the win. There were other fillies, like Dunbar Road, Malathaat, and Clairiere who also laid off of that wicked fast pace and simply didn’t get up for the win. Shedaresthedevil had a great year, but like Letruska, she faltered while chasing unrealistic fractions in the Distaff.

This category was so much easier last year. Where’s Whitmore when you need him?! That said, while all of Golden Pal’s races were on turf, he devastated his competition in all three of his North America starts and capped the year by making his win in the Breeders’ Cup Turf Sprint look as easy as a morning workout. Flightline came onto the scene very late but his performances have been eye-popping. In his three starts he ran 105, 114, and 118 Beyer numbers—in that order—and that last one was posted after an easy romp in the G1 Malibu stakes. The third spot was tough. I was torn between Aloha West and Jackie’s Warrior, but ultimately, Aloha West beat the best of the best when he won the G1 Breeders’ Cup Sprint, and so he got the nod.

With her four wins on the year and the final one coming in the G1 Breeders’ Cup Filly & Mare Sprint, Ce Ce tops the list. Gamine was perfect all year—until her third place finish at Breeders’ Cup. And Bella Sofia won four races on the year too, but ultimately she finishes just behind Gamine in this category for me—the same place she finished in the Filly & Mare Sprint (just behind Gamine).

Without question, this was the toughest category this year for me. Quite frankly, the more I looked at this group of horses and their accomplishments, the more my stomach hurt. I had Domestic Spending on my Top 10 NTRA Poll list all year long—and then he doesn’t make my Top 3 list of male turf horses?! I know… It didn’t make any sense to me either. But Space Blues (Ire) was just better than all of the U.S. horses (and many Europeans) in the Breeders’ Cup Mile, and while it doesn’t necessarily count toward his Eclipse Award status, he won a Group 1 in France, a Group 2 in the U.K. and a listed stakes races in Saudi Arabia. That’s a true war horse. State of Rest (Ire) also devastated the U.S. competition in his lone USA start when winning the G1 Saratoga Derby Invitational. Ten weeks later he came back from that win to pull off a victory in a Group 1 race in Australia. I respect that. Finally there was Yibir (GB), who some people will put on top in this category and I won’t be able to say that they’re wrong. However, his lone Group or Grade 1 win this year came in the Breeders’ Cup Turf and the two I put in front of him had more than one Group or Grade 1 win. Again, so many ways one could go here.

Not only did Loves Only You (Jpn) win the Breeders’ Cup Filly & Mare Turf, she came back five weeks later and won another Group 1 race in Japan—giving her four wins on the year, 3 in Group or Grade 1 races. Althiqa (GB) won two Grade 1 races in the U.S., outrunning her odds each time. Choosing between Santa Barbara (Ire) and War Like Goddess for the third spot took a while. Santa Barbara (Ire) only won two races this year but they were both Grade 1’s. On the other hand, War Like Goddess won four races, including two G3’s, a G2 and a G1, but I tend to give the nod to the Grade 1 wins and that’s what happened here.

HORSE OF THE YEAR

I can’t imagine that there will be much disagreement here. Knicks Go won five of his seven starts this year—a year that began with a G1 win the Pegasus World Cup in January and ended with a crushing win to the field in the Breeders’ Cup Classic. In his final start on the year he beat both of the horses in my second and third spots here. I won’t bore you with my reasoning for Medina Spirit and Essential Quality—you can just go back and read the Three Year Old Male category.

I sometimes vote in this category if the choices are clear from their past performances and actually, picking the winner this year was clear. The Mean Queen (Ire) is almost guaranteed the win. But you have to vote first, second and third and after you get past The Mean Queen, this category gets a bit murky. Since I did not not watch any of these horses race this year, I simply didn’t feel like I knew enough about them to vote responsibly.

As I do most years, I just voted in order of the USA leading owner rankings. However, sometimes if an owner has won at an unusually high percentage or come up with a really good horse with limited opportunities, I’ll move them up. This year Godolphin had the kind of year they’ve been working toward for a very, very long time. Sheikh Mohammed bin Rashid al Maktoum’s personal issues aside, no one gives back to the game more than Sheikh Mohammed. Between his Godolphin Flying Start program, their massive aftercare program (Godolphin Lifetime Care), and their Thoroughbred Industry Employee Awards (they do this in five different countries, including the USA), they do a lot of good for horses and the people involved with them. I’m happy to see them have such an amazing year, amassing $17,403,204 in earnings. Second in earnings was Klaravich Stables with $7,016,654. Juddmonte finished just behind them.

Again, I voted in order of rankings. But Rosario had a phenomenal year with a good chance of it being a record setting year in both earnings and graded stakes wins had he not suffered an injury in early December that took him out of competition for the rest of 2021.

In this category I always take into consideration the level of competition that the jockeys are riding with. It’s a lot easier to win races in large numbers at the lesser know tracks than it is to win races at the highest levels of racing. Jessica Pyfer finished out the year with 56 wins to John Hiraldo’s 76 but her $2.7 million in earnings vs. Hiraldo’s $2 million goes to show how much tougher the competition was on the southern California circuit than in the midwest. They both worked hard—riding 534 races and 611 races, respectively. Charlie Marquez won fewer races than Joree Scriver but Marquez’s mounts earned $1.4 million vs. the $438,471 earned by Scriver’s mounts.

SUBSCRIBE NOW TO GET NEW POSTS FROM DONNA, DELIVERED TO YOUR INBOX. 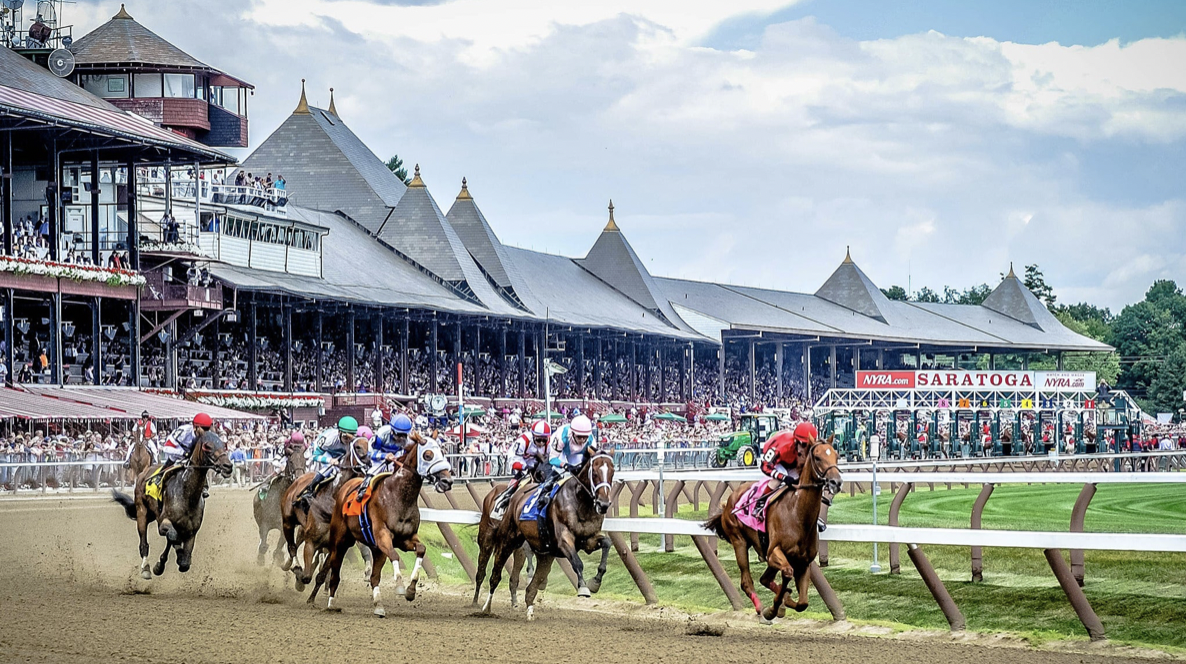